For the ultimate New Year’s Eve party experience in Surfers Paradise jump on-board the Down Under New Year’s Eve Cruise! What better way to bring in 2018 than on a party boat cruising the Surfers canals and the Broadwater, along with two awesome DJ’s, a fully stocked bar, nibbles and the best view of the midnight fireworks. Forget about going to a club and lining up just to get to the bar. There are limited spots available on-board the cruise and tickets will first become available in September. Please be aware that the Down Under New Year’s Eve Party Boat SELLS OUT every year so book early and plan ahead! 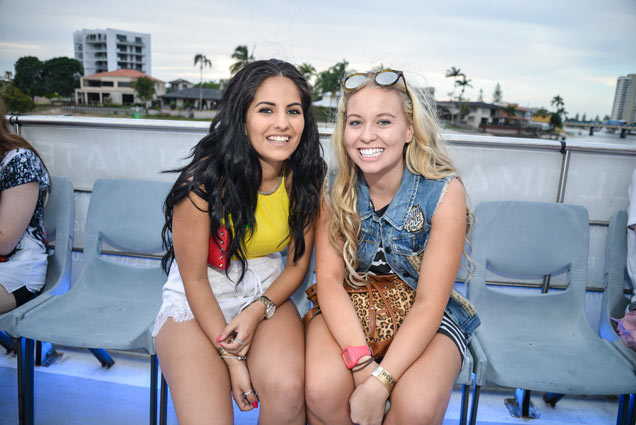 Gold Coast is a must do for New Years and should be on everybody’s bucket list! Hit the beach, bask in the beautiful sunshine and get ready for your big New Year Eve cruise! Why not head down to Surfers Paradise early and enjoy some pre-cruise drinkies with your mates as you get excited and soak up the atmosphere of New Year’s Eve.
Ahoy! Once you are ready to set sail, march down to the docks - and board your 4 hour ultimate New Years Eve cruise on the Broadwater. There will be a definite buzz in the air as you start to get in the party mood on this vibrant and stylish party boat.
Hop aboard because this is one New Year’s Eve Boat Party experience you will not want to miss out on! Time to kick start
this party!

Step aboard this outrageously level party boat where your night is only just beginning! Who knows where you might end up?! This is what is included with a Gold Coast New Year’s Eve Boat Party: 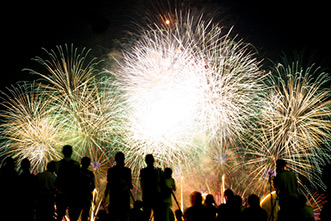 After the clock
strikes midnight...

Before returning to the docks be witness to the Midnight Gold Coast fireworks from one of the best seats in the house! These fireworks happen every year and you will surely be blown away by the spectacular sky light show. But the party doesn’t stop there! Head to Melbas on the Park where the ultimate after party waits for you! The night is still young so shake off those sea legs and keep on dancing on until the wee hours on the morning, because this is one New Year’s you don’t want to forget!
Limited tickets are available and come on sale in October every year, so start planning ahead, get a good crew together and let loose in Surfers Paradise this New Year’s Eve!